Article By: William Dorsey
Contact Us With Your Divorce and Benefits Law Questions.

Property division is often the most contentious issue in any divorce.  Part of the complexity involves dealing with less tangible assets—it’s not just about who gets the house and who gets the car. What about things like retirement benefits? 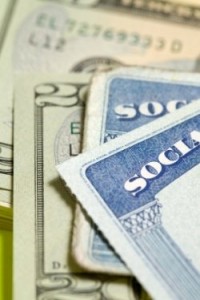 However, if a spouse has accrued retirement benefits prior to the marriage, which have not yet been received, those will not be regarded as marital assets.

Similarly, those retirement benefits accrued by either spouse prior or after dissolution of the marriage will not be considered as marital assets to be divided upon divorce.

Courts are sometimes strict on this point.  For example, in a 2011 appellate case, (Brathwaite v. Brathwaite) the ruling held that courts in dissolution of marriage actions could not, as part of its equitable distribution of marital assets, award wife half of husband’s military retirement benefits a portion of such benefits accrued before the parties’ marriage.  Only the portion that accrued during the marriage was a marital asset subject to equitable distribution. This means that any retirement benefits accrued prior to the marriage are considered as non-marital or separate property.

How will it be Divided?

1. A present-day valuation buy-out or asset reallocation
The present-day value is easy to determine when you are dealing with a 401(k) or IRA: all you need to do is look at your statement. However, things are harder in traditional pension.

The way it works in a pension is that the beneficiary is guaranteed a particular payment at a specific time. Usually, most pensions are awarded every month at age 65. However if you are only 30, you still need to wait 35 more years of growth for you to receive it. Therefore, during the divorce procedure, if you would like to obtain your part of the pension before reaching age 65, you will need an actuary or accountant to calculate the present-day value of the pension. Once that is done, you can trade that amount for other assets of the same value.

2.   Dividing retirement benefits into two accounts
This kind of division can be done in IRAs, 401(k)s or pension plans. For instance, if you are dealing with an IRA, in order to divide the benefit, you need a copy a qualified domestic relations order (QDRO).  If the court approves the division and part the funds are transferred into a new IRA account by the receiving spouse, the transfer if effectuated without tax or penalty.

Retirement benefits are substantially different from other marital assets, mainly because of their purpose (retirement funding) and because of their legal consequences (early withdrawal penalties and taxes). That is why divorcing couples should be careful when considering the division of retirement benefits. For help with these and other divorce issues in our area, be sure to get in touch with an experienced Jacksonville divorce lawyer for guidance.

Contact Us With Your Divorce and Benefits, Law Questions.