Is an Owner of Property Liable for Using Deadly Force to Defend their Property?

As with many questions of law, the answer to whether a property owner is liable for using deadly force to defend their property is “it depends.” In this case, it depends on what other circumstances are occurring at the time the owner uses the deadly force. 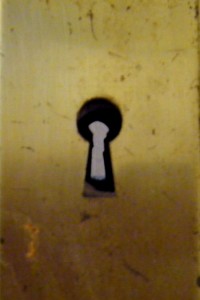 As a general rule, a property owner cannot use deadly force to defend his/her property. As a matter of public policy, most jurisdictions, including Florida, place a higher value on the life and safety of people than on property, even if those people are trespassing onto the property of another person at the time of their injuries.

Florida does recognize certain exceptions to this rule, however, as spelled out in Fla. Stat. 776.012. One exists when a person not only intrudes onto the property of another, but also presents a risk of death or “great bodily harm” to the owner or other occupants of the property. Another exception exists in situations where the intruder is committing a forcible felony. Fla. Stat. 776.013 clarifies the first of these exceptions by explaining that the law presumes a person to be in imminent fear of death or great bodily harm when an intruder unlawfully and forcefully enters an occupied residence or automobile. Section 776.013, is sometimes called Florida’s “no retreat” law, and says that, when an intruder poses an imminent harm, the property owner has no duty to retreat from the intruder.  Instead, they may use deadly force if the owner reasonably believes deadly force is necessary to prevent death or great bodily harm.

The law acknowledges four circumstances where the “stand your ground” right of Section 776.013 does not apply. These occur when: (1) the intruder was also a habitant of that residence (except in cases where an applicable restraining order exists), (2) the intruder entered the residence to remove someone over whom the intruder had legal custody, (3) the owner was engaging in an illegal activity inside the dwelling, or (4) the intruder was a law enforcement officer who had properly identified him/herself.

In practical terms, if someone forcibly enters your occupied property, you generally may assume that the intruder means to cause you serious harm or death, and use deadly force to defend yourself. This right, however, does not exist if the intruder is your roommate, or your neighbor who has entered to retrieve his daughter, or you’re running a methamphetamine lab in your basement, or the intruder is a police officer who yelled “Police! Open up!” before breaking down your door.

It is important to note that these rules regarding the use of deadly force apply in situation where the residence is occupied. A homeowner may not employ mechanisms that would deploy deadly force to defend unoccupied properties (such as deadly weapons activated by trip wire or remote.)

If you’ve been accused of a crime, or sued, in the course of defending yourself inside your home or vehicle, you should contact a Florida attorney about your case. Florida’s “stand your ground” rules are relatively broad and may create a valid defense for you.

As the situation around COVID-19 continues to evolve, we will remain open until further notice. As always, the well-being of our clients and staff remains our highest priority, therefore we have taken precautions recommended by global and local public health authorities to reduce the spread of COVID-19.

— We have encouraged our staff to practice social distancing by reducing physical contact with others to ensure we can continue to work for our clients.
— Requiring all client meetings and consultations to be conducted virtually.
— We are happy to have meetings with you via phone, online conferencing, as well as through email.
— Our team will continue to fulfill court obligations with the new methods required by the courts as they remain open telephonically.

If you’re in immediate need, including any family law, criminal law, or personal injury matter, don’t hesitate to contact us with questions.

Chat with an Attorney  |  Call us with Questions